The Department for Transport has launched a consultation which could see the driver’s rule book updated with changes including making it clear where cyclists and pedestrians have priority or ‘right of way’ over drivers.

Major changes to the Highway Code being considered by the Government would see roads made safer for cyclists, pedestrians and horse riders. 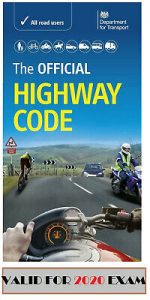 The Department for Transport has launched a consultation which could see changes in the driver’s rule book including making it clear where cyclists and pedestrians have priority or ‘right of way’ over drivers. The Plan is trying to improve safety for pedestrians- in particular children, the elderly and disabled people.

There would be new rules around what to do when you see someone waiting to cross the road as well as how drivers should deal with cyclists at junctions.

There would also be mention of the Dutch Reach – a method for opening your car door without endangering cyclists – as well as making sure warning sounds are working on electric cars and making sure your charging cable is not a trip hazard.

The main alterations to the code being proposed :