The Treasury is desperately looking for ways to plug a £40billion black hole created by the switch away from petrol and diesel vehicles.

Charging drivers to use roads would be like a “poll tax on wheels”, a leading motoring campaigner warned today.

Drivers could be forced to pay fees for using Britain’s roads under plans reportedly being considered by Chancellor Rishi  Sunak.

The move is being considered to plug a £40billion Treasury black hole caused by the rise in popularity of electric cars.

The switch to greener vehicles is hammering government revenue from fuel duty.

Currently motorists pay 57.95p in fuel duty for each litre of petrol and diesel they buy – a figure which has been frozen since March 2011.

This brings in £28bn a year, or 1.3% of national income, according to the Institute for Fiscal Studies, while VAT on fuel and vehicle excise duty also raises funds for the Treasury.

A ban on the sale of new petrol and diesel cars could be brought forward by a decade from 2040 to 2030 as part of efforts to reach net-zero carbon emissions by 2050.

Asked if the Government would be charging people to use the roads, Mr Sunak said: “I wouldn’t comment on future fiscal policy but this week the Prime Minister will be publishing our plan for our ‘green revolution’ as he likes to describe it.”

The UK currently only has one major toll road – the M6 Toll in the West Midlands.

Drivers also face levies when using some tunnels and bridges.

Motoring organisations were braced for an overhaul. 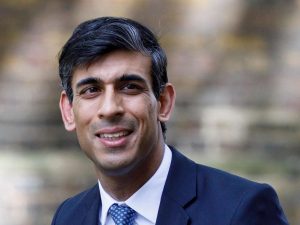 “It is always assumed that road pricing would be the solution but that has been raised every five years since 1964 and is still perceived by most as a ‘poll tax on wheels’.”

He said the country needed an “imaginative solution”, highlighting a 2017 plan where drivers would receive a 3,000-mile free allowance, with any mile over that subject to fees.

RAC head of roads policy Nicholas Lyes said: “As more electric vehicles come on to our roads, revenue from fuel duty will decline so it’s inevitable a new system will have to be developed.

“While not paying car tax is clearly an incentive to go fully electric at the moment, we will very soon need a system that can levy tax on both conventionally-fuelled and battery electric vehicles fairly.

“If this isn’t addressed, we risk finding ourselves in a situation where petrol and diesel drivers continue to pay all the tax for using the roads, which is unsustainable. 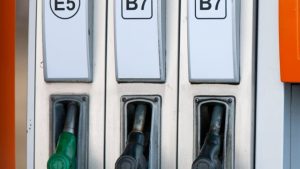 “But drivers are firm in their views that any new system must not be used as a way to increase the tax burden on them.”

FairFuelUK Founder Howard Cox said: “Drivers will worry about privacy issues from tracking devices being fitted to cars, which no doubt will resurface if road pricing takes over fuel duty.

“Road pricing will be a costly and meddling system that’s costly to administer.

“It may be revenue neutral, but it isn’t cost neutral.”

He added: “The possibility of road pricing has always proven to be detested – so unpopular that in 2007 almost two million people signed a Downing Street petition against a national road pricing plan.

“If the Government decide on road pricing as the answer, they could face a fierce backlash from the public, small businesses and the haulage industry.”

“Changes to the tax system must support that change while keeping the public finances on a stable footing.”

Friends of the Earth head of science Mike Childs said: “Bringing in a mileage-based charging system for driving would help people to choose greener means for a lot of journeys, especially if some of the money raised were used to slash the cost of public transport and invest in safe cycle routes.

“Road-user charging would be a game changer here, and would really show that the UK is serious about fighting the climate crisis as we count down to hosting next year’s UN climate talks.”

Green Party co-leader Sian Berry said: “This could be done well or very badly and the Government’s recent record on delivering new initiatives really concerns me.

Shadow Transport Secretary Jim McMahon said: “The Government should be encouraging people to make the switch to low emission vehicles.

“Unless the process is devolved there is a very real threat that all the funds would go to the Treasury.

“Every penny raised must go to cities and regions so they can improve and invest in public transport and alternatives to driving, and help reduce the need to travel too with more public services within easy reach.”