Practical driving tests are to be very different from the norm,Driving instructors will face a number of changes when lessons and tests can begin again after being postponed due to the coronavirus outbreak.The Government has issued new guidance ahead of test centres reopening in the coming weeks – but as of yet no date has been set.

But updated government guidelines published this week suggest ways that instructors and examiners can keep themselves and their pupils safe once things do get up and running again. 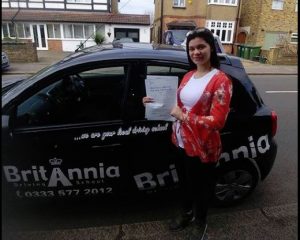 The letter, written by Gareth Llewellyn, chief executive of the Driver and Vehicle Standards Agency (DVSA) to driving instructors, said that civil servants are currently reviewing the guidance for driving examiners about carrying out tests.

This includes things like the personal protective equipment they need to wear, how they might greet candidates and how to properly clean equipment such as sat navs and tablets

The letter said masks and gloves have been ordered for all driving examiners, but there has been a delay in obtaining them because of wider shortages.

The agency, which is in charge of carrying out driving tests and approving people to be driving instructors, also warned that social distancing measures might limit the number of tests it can carry out in the coming months. 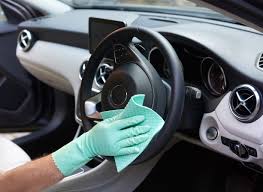 Currently all driving tests have been put on hold – meaning driving instructors, who are not employed by the government, have also been unable to work.

The Driving Instructors Association currently recommends that instructors should only give training in a car to key workers preparing for an essential driving test, such as emergency workers.

Of course all our instructors at Britannia Driving School are eager to get back on the road to get their pupils back up to test standard and we will be following the guidelines to the letter.