Predictions have been made that the last person who will pass a manual driving test will likely be born in 2027 as Britain makes the switch to electric cars. This comes after research showed half of the new cars sold in 2021 were automatics, totaling 30% of cars on the road. The number of automatic tests being taken rose to 41% in 2021. It looks as though the UK is heading towards the new age of automatic cars, which has been spurred on by the petrol and diesel new vehicles ban being implemented in 2030. 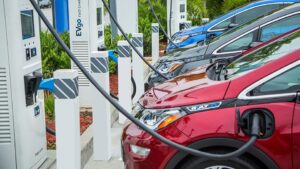 Currently manual cars account for a whooping 70% of the 3.7 million cars on Britain’s roads, but new research showed over half of new cars sold were automatic compared to only 20% a decade ago. Half of the 2.2 million people who learnt to drive in an automatic car are under 35, providing evidence that younger drivers are the main driving force towards a more eco-friendly drive.Young people are also making the biggest waves in the move away from manual petrol or diesel cars, as currently half of all electric vehicles on the road are owned by people aged under 35. 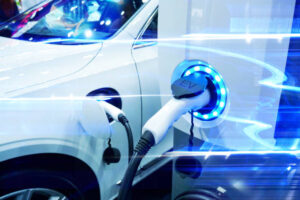 Power supply connect to electric vehicle for charge to the battery. Charging technology industry transport which are the futuristic of the Automobile. EV fuel Plug in hybrid car.

‘The idea of switching from a manual car may be daunting, and nearly three fifths of motorists do not feel entirely confident about switching to automatic.

‘But with eight years to go until the ban comes into effect; we’d encourage motorists to keep an open mind and explore their options when choosing a new car.

‘The change from manual to automatic, and then on to electric, may not be as drastic as people think.’