PETROL prices across the country are set to be cut at historic levels following the coronavirus outbreak, experts reveal. Forecourts around the country are under more pressure than any point in the past seven years to slash the cost of fuel.

The recent figures from the RAC reveal the price of oil has dropped  more than $50 a barrel to just $30 in the past week. This results in the gap between what UK petrol stations are paying and what drivers are being charged is at the widest in recent history. In some cases, this difference is around 12p per litre for petrol and 9p per litre for diesel. Despite this difference, the RAC is  expecting big price cuts to take effect from as early as next week.

If retailers reduce pump prices to reflect what they’ve been buying on the wholesale market, around 10p per litre should come off the price of fuel. This should mean average unleaded prices would drop to around 112p per litre and diesel to 115p per litre, prices which we last saw in late 2016. 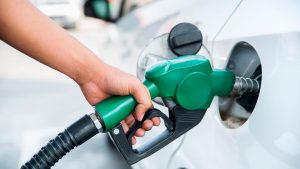 Supermarket chains are expected to be the first to reduce their fuel prices during periods of declining wholesale prices. Normally, cuts of around 2p per litre are announced first, although last month Asda cut diesel prices by up to 4p in a single day. This is an indication that the major retailers are expected to cut further in one go than they have ever before.

It currently costs an average of £67 to fill a standard 55-litre car with unleaded petrol, and £68.50 with diesel. But if prices fall as they’re expected, this would save drivers around £5.40 per tank of petrol and £5.30 per tank of diesel.

Decreasing consumption of oil as a result of the coronavirus is considered to be the biggest reason for the cheaper fuel prices. Simon Williams, fuel spokesman for the RAC, said: “The oil price has fallen dramatically as a result of several major oil-producing countries ramping up supply at a time when demand is reducing due to the coronavirus outbreak.

This has led to wholesale petrol prices dropping to their lowest levels in four years and means there is now enormous pressure for pump prices in the UK to drop significantly, by around 10p a litre from where they are today. A drop of this size would see average petrol prices fall to 112p per litre, and diesel to 115p per litre, and we’d expect supermarkets to sell the fuels for as little as 108p and 111p respectively.

All eyes are now on the UK’s fuel retailers, large and small, to cut fuel prices considerably, and fast. It is vital that drivers are given a fair deal and retailers accurately reflect the lower wholesale prices at their forecourts.