DRIVERS who pay using  mobile apps at drive-thru restaurants could face a hefty fine and penalty points on their licence. If your a new driver caught doing this you could have your licence revoked and banned from driving.

Two years ago new laws were introduced with tough penalties for using your phone whilst driving, but people arent abiding to this. And legal experts warn the laws even apply to making contactless payments with your engine running. It means pulling up to the window at your local McDonald’s or Burger King and paying with your smartphone is enough to see you slapped with a £200 fine and six penalty points if spotted by police. But if your driving is particularly careless as a result of using your phone, your case could go to court where you could get a maximum fine of £1,000. 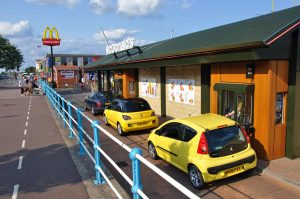 For new motorists who have passed their test in the last two years, one offence like this is even enough for a ban.

Lauren Rae, a dispute resolution and claims associate at Dundee law firm Thorntons, explained: “The legislation is not limited to using a mobile for making calls and texts – it is illegal to operate a mobile telephone, in any way, which detracts from the driver’s attention to the road.

“This includes checking social media, or playing and changing music. And it may also include using a mobile telephone to make contactless payments at a drive-through restaurant.

“Put simply, touching a mobile phone whilst the vehicle’s engine is running, could, on a strict interpretation of the law, amount to a criminal offence. 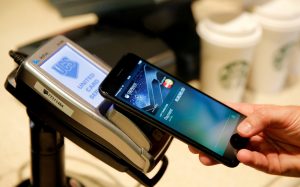 “To avoid falling foul of the law, drivers should switch off their vehicle’s engine and apply the handbrake prior to using their mobile phone at any time.”

The laws can also apply to paying for fuel with your mobile phone.

Some service stations offer options to pay from the car, but as long as the engine is switched off then you shouldn’t be punished.

Mobile phone laws have been around since 2003 and it’s illegal to touch one – even with a handsfree set – while driving.

This includes using a mobile to follow a map, read a text or check social media.

You can only use a handheld phone if you are safely parked or need to call 999 or 112 in an emergency and it’s unsafe or impractical to stop.

But if the police think you’re distracted and not in control of your vehicle you could still get stopped and penalised.

Rod Dennis, RAC spokesman, said: “Every driver should always ensure they are parked and have their engine switched off before using a handheld phone – anything else could land them in trouble, even if they are in a car park, drive-thru or petrol forecourt.”