Only 47% of learner drivers are passing the practical exam due to changes in the theory test. Passes are at a ten-year low because theory questions have become tough to get correct.

Over the past year only 47% of learner drivers passed the theory test a fall of a quarter in ten years. Eight sample questions were given to 2,800 drivers to test how difficult the new tests were and only 11% got them all correct.

The theory test- which was introduced in 1997 has had more multiple-choice questions added, to stop pupils memorising the questions and answers they have stopped them being shown online.

Statistics according to The Department for Transport show that women have a higher pass rate then men. To test the knowledge of driving conditions, which includes extreme weather conditions i.e. snow and sleet were added (Hazard Perception). 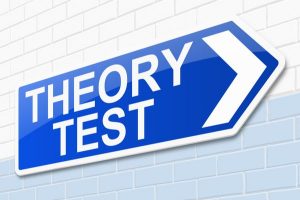 The answers are at the bottom of this article

Moneysupermarket the price comparison website run a study which showed that four out of ten drivers were confident enough to pass the theory test if retaken. A third of drivers were able to identify correctly the reflective studs between the motorway and slip road as being green.

Learner drivers have to pass the theory test before they can take their practical driving test,they are asked 50 multiple choice questions and to pass must answer 43 correctly, to pass the hazard perception part they are required to answer 44 correctly out of 75 after watching clips to spot road dangers.

For help with practicing the hazard perception or theory questions why not use our sample papers on our website or book in with one of our trainers for one to one theory training at our head office.