DRIVERS clock up 285,012 miles in their lifetimes — the equivalent of ­travelling around the world 11 times.

They cover an average of 87 miles a week in 14 individual journeys, making an annual total of 4,524 miles, a poll revealed.

But the figure is likely to rise when life returns to normal after the pandemic as a third of workers plan to avoid public transport on going back to the workplace and one in four will use a car more.

More than half of drivers have relied more on their vehicles during the past 16 months, with a quarter wanting to avoid public transport and a similar proportion checking on family and friends.

Three in ten even bought a new car amid the lockdown. 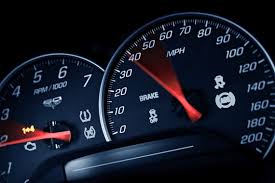 Greg Gormley, boss of navigation app SKOOT which commissioned the poll, said: “This demonstrates that driving is essential to our lives.

Nearly half of journeys are solo — but one in three drivers would prefer to have a passenger.

A fifth said lockdown made them realise they wanted to drive but did not like the environmental impact.

A further four in ten would reduce carbon emissions if they knew how to.