DRIVERS could be hit with penalties and even points on their license if they’re not aware of some of the changes coming into place this year.

Coming into force is new guidance on smart motorways as well as tougher penalties for using a mobile phone while driving.

There’s also a new cleaner petrol known as E10 on the way which will seriously impact those who have older cars.

We explain everything you need to know about the new changes.

Motorway speed limits are being slashed to 60 mph in an attempt to cut down on air pollution.

Speeds have been reduced on sections of the M1, M6, and M5.

So in these areas you’ll have to watch how fast you’re going with the new changes in place as you could still face a penalty for not sticking to the directed speeds.

Highways England has said it will keep the new speed limits in place for the “foreseeable future” until the pollution falls below the limit.

The only other way to subvert the emissions and return to the previous speeds is if more electric vehicles join the road.

There are stricter rules on smart motorways too.

The hard shoulder is used as a running lane on smart motorways which means there’s no dedicated space for drivers to pull into if there’s an emergency.

In response, Highways England announced changes to the Highway Code, making it illegal to drive in a lane marked with a red X.

It’s usually indicated this way because a vehicle has broken down in the hard shoulder, and so drivers shouldn’t drive down it or they could come into difficulty.

This summer the standard or premium petrol grade in the UK will become E10.

It’s being introduced to work towards cleaner air and to cut CO2 emissions.

But it could costs drivers more in the long run.

The new fuel only works for certain cars too so you’ll need to check yours fits the bill.

You could be slapped with penalty points if you fail to wear a seatbelt under new road safety plans.

Motorists could get at least three points and a possible driving ban under changes being considered.

The change is part of a road safety clampdown plan set to be published this year.

You might even get the penalty if you’re wearing a seatbelt but your passenger isn’t.

As it stands, drivers can be given a £100 fine for failing to wear a belt – raising to £500 if the matter goes to court.

Or you take an online seatbelt awareness course for £53 to save on the fine.

MPs fear the £100 fine does not deter drivers enough from flouting the rules which is why stricter measures are due to come into place. 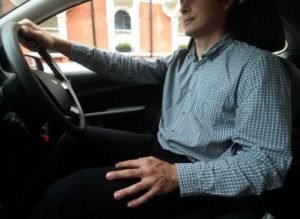 E10 petrol is already widely used around the world, including across Europe, the US and Australia.

You will be able to use the fuel in the UK by September 2021.

The change in fuel only applies to petrol – diesel fuel will not be changing.

It is believed that the switch is the equivalent of taking up to 350,000 cars off the road and reduce CO2 emissions by 750,000 tonnes per year.

A new law is being introduced in Wales that limits speed in residential areas to 20mph.

The limit is set to launch in eight areas to begin with and could be rolled out nationally in two years time.

During the pandemic a similar initiative took place in areas across England with the goal of rolling it out to London, Warwickshire and Shropshire. 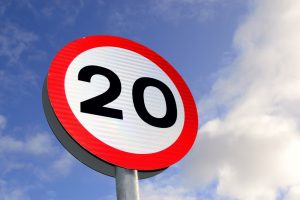 Stricter penalties if you use your phone

A loophole has been closed that meant people could get away with taking photos or videos while driving.

Now you could get a £200 fine and six points on your licence if you’re caught holding your phone or using it as a sat nav while you’re driving.

You definitely can’t get caught scrolling through a playlist, playing a game or using social media either.

You can also be fined heavily for vaping behind the wheel or if you fail to disclose certain medical conditions to the DVLA.

Lots of built up towns and cities already have low emission zones in place charging vehicles with high emissions to enter.

They’re usually found in areas that have high levels of pollution.

Birmingham’s Low Emission Zone is now active as is Bath’s and Bristol’s.

Changes to the Highway code

There’s due to be a  change to 33 existing rules in the Highway Code this year as well as adding two new rules.

The main takeaway of the changes is that the new version will include a “hierarchy of road users”.

It means that pedestrians will have priority on pavements and at zebra crossings.

So under the new rules drivers will have to give way at a zebra crossing until a pedestrian has moved onto the crossing.

Previously motorists turning into a road at a junction would only have to give way to pedestrians “if they have started to cross”.

It also means motorists who can cause the most harm in a collision bear the “greatest responsibility to reduce the danger they may pose to others”.

Proposed changes to the Highway Code are due to receive parliamentary approval in the autumn.

Regardless though, the Highway code on its own is not law.

Speed limiters will be mandatory

Speed limiters will be mandatory in new cars from next year.

The technology alerts drivers if they’re going too fast and if you don’t slow down then it will act on your behalf.

It’s known as an Intelligent Speed Assistant system (ISA) and you’ll need to have one if you get yourself some new wheels in 2022.

Cars on the road currently don’t have to have one of these but they are considered a great safety precaution.

There are circumstances where the limiter can be overridden.

These can be if you step on the gas harder when you’re overtaking or if you simply turn it off.