The average UK car is driven more than 7,000 miles per year – or an average of 583 miles per month, according to MOT data.

But a survey of 2,000 motorists  has revealed that over the past 28 days the average driver has covered just 90 miles – with 30 per cent driving 25 miles or fewer. With so few driving, 18 per cent have struggled to get back to normal behind the wheel of a car.

Of those who have found it difficult getting used to being back on the road, 28 per cent had stalled their car, 21 per cent had scraped their wheels on the kerb and more than one in five have forgotten to indicate. 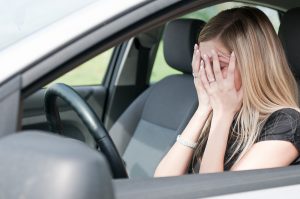 Young woman with hands on eyes sitting depressed in car

Four in 10 motorists said they hadn’t visited a petrol station over the past 28 days, with 12 per cent admitting that they had forgotten which side or end they fill up or charge their car.The survey, which Hyundai carried out, also revealed almost half (48 per cent) of motorists are concerned that the standard of road users’ driving will be worse now restrictions have started to be lifted.

However, one third of the drivers surveyed said they have been driving more cautiously since the start of the pandemic.

Hyundai conducted the research as its showrooms across England reopen following new guidelines from the government.

To boost road safety, the car manufacturer’s Kona Electric model is fitted with “Smartsense” – which is made up of numerous pieces of intelligent technology designed to protect drivers and passengers as well as people outside of the vehicle.

This includes radar and camera sensors on the Kona Electric which can automatically brake if it detects a possible collision with a vehicle, pedestrian or cyclist.It ties in with research by the manufacturer which revealed that since the start of lockdown, 18 per cent have had a near-miss with a cyclist as either a driver or pedestrian.

More than four in 10 (44 per cent) of those surveyed by OnePoll for Hyundai admitted they were worried about the prospect of an increase of cyclists on the road. 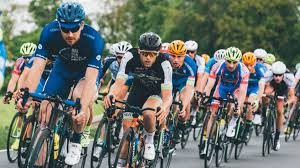 Engineers working on the zero emission Kona Electric, which has a range of up to 278 miles, have also developed Rear Cross Traffic Alert.This reduces the risk of a collision with approaching traffic when reversing out of narrow areas with poor visibility.

A spokesperson for Hyundai UK said: “Absence can make the heart grow fonder and our research found that 45 per cent of motorists have missed driving because of lockdown.

“Like with many things, there can be a few teething issues after a break and driving is no different.

“With a little care and practice though, I’m sure that motorists will soon get their confidence back behind the wheel.”

If you feel you need some refreshing why not give us a call for refresher lessons!