A $265K Mclaren supercar driving insists driving is a form of exercise when pulled over by police after breaking Coronavirus rules, he went on to tell the officers a fine would not make a difference to his $15 million fortune!

The 43-year-old male was pulled over in his $265,000 McLaren 650S in Kings Cross in Sydney’s CBD just after midnight on Saturday. He told officers he was on his way to Wolloomooloo to get petrol with a friend – despite living over 30 kilometres away in Fairfield in the city’s south

When police told him he was breaking the law, he lashed out at officers and boasted about his fortune.” Do what you want mate, i dont care” he told the officers from the Kings Cross Police Area Command, “This $1.000 fine wont hurt my $15 million” 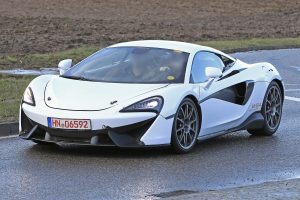 Police have issued at least 45 infringement notices regarding the coronavirus lockdown policies in the last 24 hours in New South Wales alone. Australians have been urged to stay home unless absolutely necessary, and cannot travel in groups of more than two people.

The only acceptable reasons for leaving the house include daily exercise, collecting essential supplies like food or medicine or to go to work.

Other infringement notices that were handed out on Saturday included a group of four men – aged between 18 and 23 – who were travelling in a car together on the mid north coast and a Mount Druitt man who told officers he was on his way to a friend’s house to ‘smoke weed’.

Two men, aged 71 and 77, were also fined after they were moved along with warnings twice on the same day before being caught breaking the rules again.