MPs are to investigate if drivers should be charged on a pay-as-you-go basis.

Lilian Greenwood, who chairs the Transport Committee, said: “It’s been almost 10 years since the last real discussion of national road pricing. In that time, we have become much more aware of the dangers of air pollution and congestion.

“We cannot ignore the looming fiscal black hole. We need to ask how we will pay for roads in the future and in answering that question we have an opportunity for a much wider debate about our use of road space, cutting carbon emissions, tackling congestion, modal shift and how we prioritise active travel. 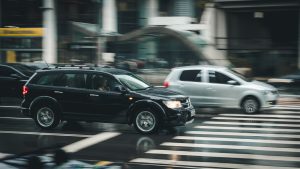 “Tackling the climate emergency is essential but this is about more than what we must do to meet that challenge. It’s also about our health and the sort of towns and cities we want to live in.”

AA president Edmund King, responding to the Transport Committee’s announcement, said: “We do need a national debate about how we pay for our road infrastructure to bridge the taxation gap between falling fuel duty revenue and the electric vehicle revolution.

“However, the British public will never vote for national road pricing so we need greater imagination to sell the public something that they actually want.”

Steve Gooding, director of the RAC Foundation, said: “For the Treasury, the beauty of fuel duty is its ease of collection and difficulty of evasion.

“Whatever replaces the existing system is bound to raise new challenges and complexities, will take time and effort to establish, and could potentially be difficult to explain to the public.”