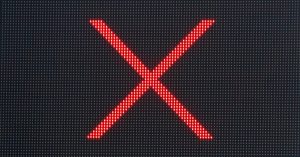 The RAC released research earlier this year which showed over a fifth of the drivers on smart motorways have driven in a closed off lane marked with an X. Driving in a lane closed by a red X sign is illegal and if caught can result in three points added to your licence, a fixed penalty of up to £100 and even more severe penalties like a court appearance.

In 2017 the government amended the Road Traffic Offenders act to ensure red X offences are caught by automated or remote device, the legislation has yet to be completed.

To increase safety for pedestrians and to reduce costly damage to walkways and kerbs, since 1974 a pavement parking ban has been in place in London The parliamentary Transport Committee has been looking at issues regarding pavement parking and the committee could recommend new legislation that would see it extended across England. This is likely to take some time to reach conclusion, a blanket ban has been opposed by some. A similar law has been introduced in Scotland banning pavement parking and double parking, this has been introduced into the governments transport bill so a ban may be in force soon.

One of the mandatory safety features on new cars will be Intelligent Speed Assist under the EU’s revised General Safety Regulation, this aims to increase road safety and reducing collisions. Also, mandatory safety systems will include cameras/sensors for reversing, advanced emergency braking, lane keeping assistance, warnings for driver distraction and drowsiness and a black box to report data for incidents. The Department of Transport has stated the UK will adopt new measures even if the UK does depart from the EU. 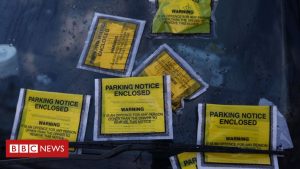 Almost 10,000 people have asked the Citizens Advice Bureau for help on parking tickets last year, Complaints included inconsistent practices, substandard signage, confusing appeals process and also demand letters being intimidating, to implement a new code of practise will protect drivers from the unscrupulous parking companies by creating a single independent appeals process and banning certain practices. This new legislation has been passed but is yet to be finalise the new code of practise.

Over the last five years the fall in the number of road traffic collisions have stalled. The https://www.parliament.uk/business/committees/committees-a-z/commons-select/transport-committee/Commons Transport Committee have announced it will conduct and inquiry to examine current approaches, The Government has said it will provide an update as to further plans to improve road safety.